Garb Day is the best day.

Meet the cutest best friends there have ever been: these 2-year-old triplets and their garbage collectors. 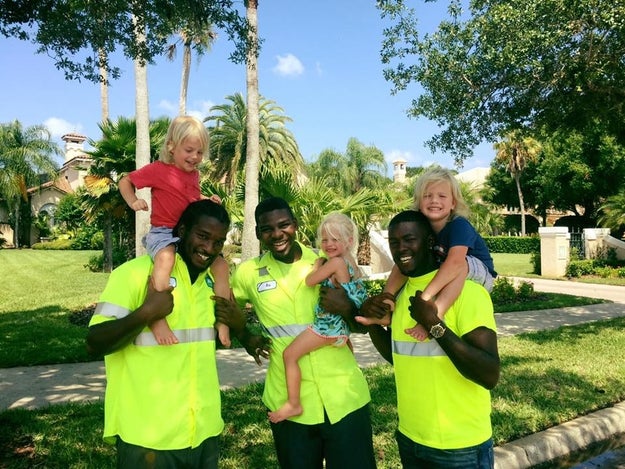 Every “Garb Day,” as the triplets call it, they wait excitedly for their friends — Andrew Black, Rob Whitmore, and Chad Cover — to show up.

“The crew gets out of the truck and they high-five the babies and give fist bumps and we talk,” their mother, Martha Sugalski, told BuzzFeed. “They spend 10 to 15 minutes with us every Tuesday and Friday.”

Sugalski posts videos of the besties on Facebook, and millions of people have watched them.

The toddlers help load the garbage into the truck and sometimes bring them drinks or snacks.

“We’ve been doing this for over two and a half years,” Sugalski said. “Over time, it’s just really become a caring, close friendship with these guys.”

The crew became acquainted when the triplets, Holden, Heaton, and Wilder, were just 2 months old. 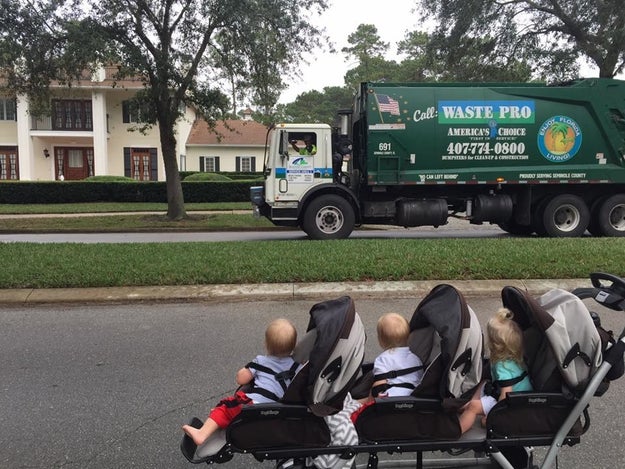 Sugalski would walk them around their Florida neighborhood in their stroller. She would wave to Black as he drove by.

“After a couple months, the garbage truck would beep the horn and the babies would look at the truck, and then Andrew would wave and say ‘Hi babies!’ from the window,” Sugalski said. “Eventually, he’d stop the truck, get out, take off his gloves, and say hi to the babies.”

Even though they’re only 2, the triplets know when “Garb Day” is and get excited for it every time. 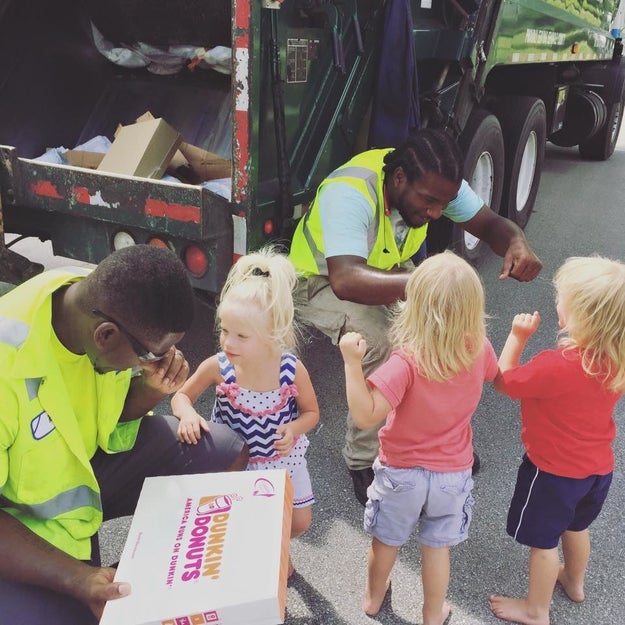 Sugalski said her daughter, Holden, is particularly close with Whitmore, which she believes is because they are both on the quiet side.

“She’s always the last one to come running down the driveway, but she goes straight to Mr. Rob every single time,” she said.

“Lately, when the truck leaves and Chad’s waving goodbye to them, Heaton sits at the edge of the driveway and he says, ‘Come back,’” Sugalski said. 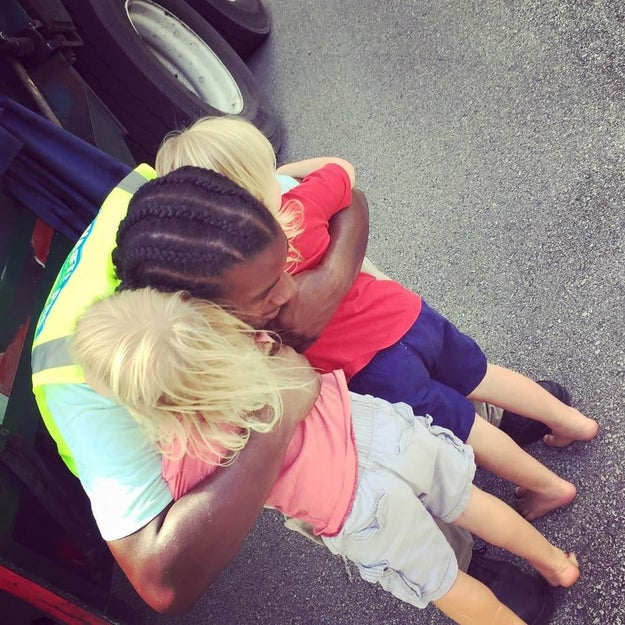 “It’s sweet. He wants them to stay,” she added.

Black told BuzzFeed “it’s hard to explain” how happy the triplets make him. 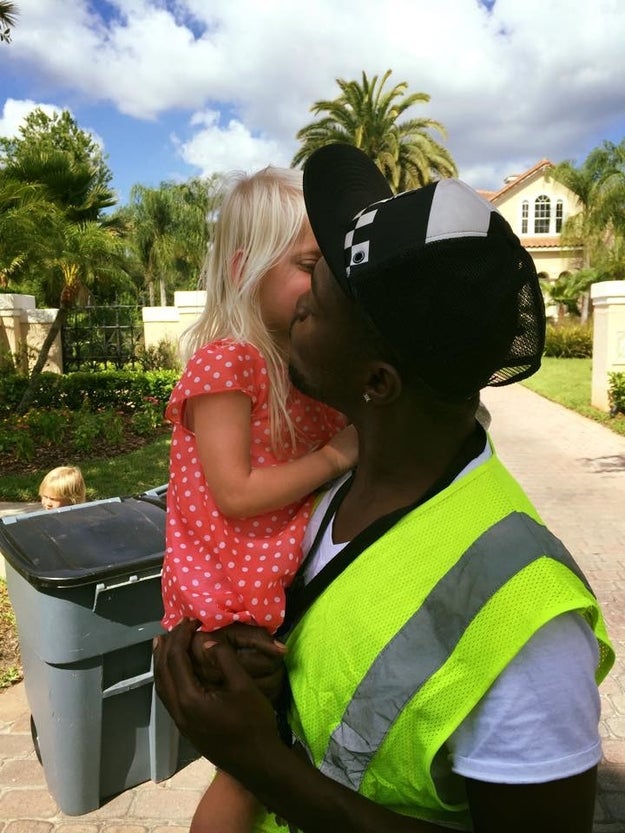 Even though he’s been off from work due to an injury, he still goes over to visit them whenever he can.

“I just love the triplets. I almost feel like they’re my own,” he said. “Every time I see them, they just bring me joy.”